Well, this might not be the place for the hi-fi cables reviews but since silver plays important role in tube-based gear equipment, I decided to write something about the cable that rather changed my perception of music listening.

After I tried some Gekko OFHC-4N silver based interconnects, I wanted to try the same 4N soft annealed UK-made 0,375mm diameter silver wire in speaker cable from Gekko manufacturer, Serbia. The construction of a cable itself is quite simple – three pairs of cotton insulated silver wire being twisted together and put in a snake-skin sleeve, terminated with Wireworld Uni-term silver spade/bananas forming a complete speaker cable. 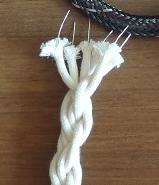 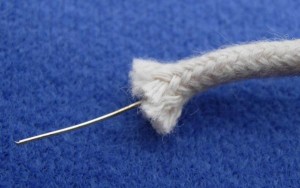 Now, the listening session! After I connected the cable to my EL-34 based integrated replacing my reference Mundorf silver-foil based speaker cable, I was stunned by the changes the new cable brought. Everything was there but in more emphasized and controlled way. Highs became more detailed but never crossing the line of harshness imposing real 3D effect in overall sound. Mids, also blazingly detailed but not too forward, just smoothly following treble’s work..

And finally, the star of the night – the bass spectrum was something best I ever heard from a speaker cable so far! Surprisingly deep, fast and detailed as if silver has never been used in this cable, it was directing the dynamics of the music but never in an exaggerating manner… The complete sound stage widened significanantly with lot more depth, my ACR RP-200 speakers simply vanished from the room!
I could not believe how good music went through three tiny solid core silver wires of 0,375mm, but my ears were not lying.. Anyway, this cable was directly compared to Wireworld Gold Eclipse and Crystal cable Piccolo cables and by the words of experienced audiophiles it excelled them in many areas. To sum it all up, musicality and detailed staging are the main strenghts of this cable, actually it makes you wanna dance…

After everything being said, I think I will never let these beauties out of my listenng room, HIGHLY recommended!